Teaser Tuesday is a weekly meme hohsted by Miz B at A Daily Rhythm.Here are the rules:

• Grab your current read
• Open to a random page
• Share two (2) “teaser” sentences from somewhere on that page
• BE CAREFUL NOT TO INCLUDE SPOILERS! (make sure that what you share doesn’t give too much away! You don’t want to ruin the book for others!)
• Share the title & author, too, so that other TT participants can add the book to their TBR Lists if they like your teasers!

So let’s hop to it! This week’s featured book if Blackhearts by Nicole Castroman, which is set to be released on February 9, 2016. 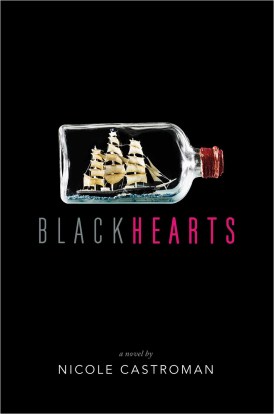 The first teaser, I can’t help but share! It’s the first few sentences in Blackhearts and they’re so beautiful!

After Anne’s father died, her mother often said that sorrow was the only sun that rose for them. Her mother had since followed him into the darkness of death, leaving Anne to face the dawn alone.

And the next teaser, I just randomly opened to!

That was the farthest she’d ventured in this direction since arriving in the household. Today would be different.