Hello, dear friends! I hope you’re well and, if not, I hope brighter days head your way soon!

Well, friends, I’ve been in a bit of a blogging slump lately. I’ve just been feeling so exhausted and uninspired in every area of my life, including reading and blogging. Despite this, I really want to read and blog, which is super frustrating. So, when I came across this tag on Kristin’s blog, Kristin Kraves Books, I figured jumping on the trend might help get my blogging going again!

I won’t dilly-dally any longer—let’s jump right in!

what book is on your nightstand right now?

I basically almost exclusively listen to audiobooks, so the only books on my nightstand that i actually read are my schoolbooks 😂 That being said, I’m gonna take this question as basically asking what I’ve been reading recently. Sadly, I’ve been in a massive reading slump for the past month and a half, so I haven’t managed to actually finish any books lately, however! I have managed to make slow but steady progress on my current read, The Wolf and the Woodsman, which I started back in late May. It’s been slow going, but I’m really enjoying it and I can’t wait to spill the beans about what I think of it once I finish!

what was the last truly great book you read?

I’ve been having a rather “meh” reading year, with only two of the seven books I’ve read this year managing to make it above a three star rating. Even those two books, while enjoyable, definitely weren’t, like, new favorites. So, that being said, I’ma take it back to last fall and say that the last “truly great” book I read was Legendborn by Tracy Deonn. Legendborn pretty much instantly became a new all-time favorite of mine! The story kept me hooked with its intrigue and action, the characters were so complex and interesting, and I loved seeing my Black American heritage and culture incorporated into the magic system! I loved every second of the book and I can’t wait for the sequel!

if you could meet any writer — alive or dead — who would it be? and what would you want to know?

This is a tough one! I think I’d want to meet Mary Shelley, because she seems like she had such an interesting and unusual life that couldn’t have been easy given the time period she was alive during and the culture she came from. Plus she invented the Western iteration of sci fi and I’d love to pick her brain about how she was able to come up with such a unique concept at such a young age!

what books might we be surprised to find on your shelves? 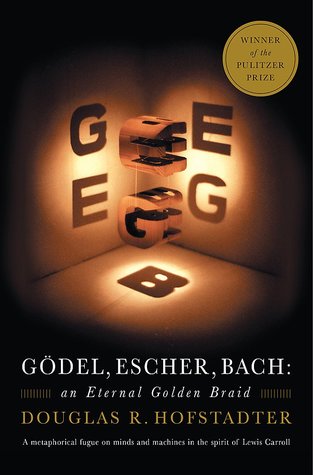 Hmmm…Given that I typically don’t read nonfiction, probably books like Gödel, Escher, Bach by Douglas Hofstadter, which is a book I was required to read sections of for a course on mathematics and consciousness that I took and I ended up really enjoying. The book is massive and covers a great deal of content, including mathematical theories, computer science, and consciousness, and it’s very dense in regard to technical terminology in the fields of mathematics, computer science, and physics, but it’s also a very fascinating and compelling work. At the end of the day, I’m not sure I agree with Hofstadter’s theory of what consciousness is and how it works, but I do find his logic very interesting and worthwhile.

how do you organize your personal library?

In all honesty, I don’t. *laugh cries* I generally know where each of my books is (and even if I don’t, I’m able to find them pretty quickly) and I do try to keep series and books written by the same author together, but other than that my shelves are a giant exercise in just shoving books where there’s room for them.

what book have you always meant to read and not got round to yet? any you feel embarrassed about not having read yet?

Tbh so freaking many!!! I’ve been meaning to get around to Children of Blood and Bone by Tomi Adeyemi since it was released a few years ago. It’s super hyped and, weirdly enough, I haven’t heard too much about the sequel? Another book I’ve been meaning to get around to reading and am definitely am embarrassed to not have read yet is The Hate U Give by Angie Thomas. It’s such a massively popular and impactful book, even outside of the literary world that even I’m still shocked that I haven’t yet read it! And especially as a Black American book reviewer, I’m super embarrassed that I haven’t read it! Like, I feel like my Black card is about to be revoked, haha!

disappointing, overrated, just not good: what book did you feel like you were supposed to like but didn’t? do you remember the last book you put down without finishing?

Now, this question was a bit tricky because of how I technically define the term “DNF.” What I mean is this: I only consider a book a DNF if I’ve permanently put it back on the shelf and know for sure that I won’t ever attempt to read it again later. So there are plenty of books that I’ve temporarily set down for whatever reason, whether it was that I wasn’t in the mood to read the book or just didn’t have the time to read it or something else entirely, but I don’t consider those books to be books I’ve DNF’ed. With this in mind, I think the last book I thought I would love but actually ended up DNF’ing was the super popular book The Cruel Prince by Holly Black.

I typically love books about the fae, as well as books starring complicated, “unlikeable,” morally gray, or straight up villainous main characters, so The Cruel Prince should’ve been right up my alley! Unfortunately, I hated the main romance and how abusive it was. To me, it doesn’t matter if both partners abuse each other, that doesn’t excuse the abusive behavior of either party. And the fact that this type of abusive relationship was romanticized and rewarded and that this book is marketed for teen?! It all just left me so disgusted.

what kind of stories are you drawn to? any you steer clear of?

I definitely am drawn to medium to fast paced fantasy stories involving a lot of action, adventure, and political intrigue with a hint of slow burn romance and with complex and oftentimes morally gray characters. So, a good example of these kinds of stories are books and series like The Daevabad Trilogy by S.A. Chakraborty, the An Ember in the Ashes series by Sabaa Tahir, The Empirium Trilogy by Claire Legrand, Forest of A Thousand Lanterns by Julie C. Dao, and Wintersong by S. Jae-Jones.

Conversely, I don’t typically enjoy fantasy stories centered around quests and/or journeys, especially when the main characters are searching for something or someone. I think the thing is that I feel like these types of stories get stuck in “traveling limbo,” where the characters travel around exploring new places, but the plot doesn’t really progress.

if you could require the president to read one book, what would it be?

Oooh, this is a tough one! In part this is difficult because Joe Biden’s wife, First Lady Dr. Jill Biden, is actually an English professor at the community college I attend who teaches at my campus, so I’m guessing that, given this fact, he’s probably a well-read guy. At the end of the day, I think I’d recommend The Seven Husbands of Evelyn Hugo by Taylor Jenkins Reid. The Bidens actually sponsor my main campus hangout, the Women’s and Gender Center, so I know they have a deep interest in topics surrounding the rights of women and gender nonconforming people. I think The Seven Husbands of Evelyn Hugo gives a really complex look at what a woman’s life is like when she is determined to succeed, without villainizing her and I think President Biden might find it both informative and moving.

what do you plan to read next?

Truthfully, I really don’t know. I’ve always been a mood reader to an extreme degree, plus this reading slump has got me wanting to focus just on what I’m currently able to read.

So, that’s all for today, my dear friends! I hope you enjoyed learning ab bit more about my reading life. Now, if you’ll excuse me, I better get back to finishing that book I’ve been moseying on through! Until next time, friends…

9 thoughts on “The By The Book Tag”