Hello, ducklings, and happy new year! Whew! I can’t believe we made it through the sh*tstorm of 2016!

Anyhoo. I’m sorry I’m late on posting this–my internet was out for 2.5 days due to a technical glitch on my cable company’s side (ugh) and then I got really sick. But, nevertheless, I have arrived!

So let’s get straight to it…

Ugh. I hate myself for this. I’m not a huge fan of Zayn’s music or of Taylor Swift as a person but this song is just so dang catchy! Grrrr!

I’ve been watching Netflix’s Travelers lately and I’ve gotten sucked in! It did begin a little slowly, but its premise was intriguing enough to keep me going and now I’m obsessed! The show is about time travelers from the post-apocalyptic future who travel back to the present day and inhabit the bodies of modern day people. The travelers are tasked with the mission of preventing the apocalypse. Together they attempt to avert the impending apocalypse, while also navigating the 21st century day to day lives of their hosts. I think where this show excels is in its characters–who are also so unique and complex and intricate. I’ve gotten so attached to all of them! Definitely check Travelers out!

A ‘Charmed’ reboot/prequel officially in the works at the CW https://t.co/2dFwnj3wPc

It was announced the other day that The CW is making a prequel to Charmed and I’m actually pretty on board with this. First off, I love Charmed and I’d love more. Second off, there’s no better network to try and pull this off than The CW which, in the past  four years, has really become an incredible network creating amazing content! The show will reportedly follow the sisters’ mother, but after she’s given birth to them–in the sisters’ early childhood. I think this is interesting, as The CW has been focusing more on shows with teen protagonists lately, and also doesn’t generally follow families. But even still, I have high hopes for this new show and I can’t wait to see how it pans out!

The big thing these days throughout the YA book community is the #DiversityBingo2017 challenge. Diversifying your reading has been a real hotbutton issue in the community of late and this particular challenge was one of the things born from that discussion. Basically, you have a bingo sheet (see below)  and the squares are filled in by the description of a diverse book. Once you’ve read a book fitting a particular description, you can fill out the corresponding square and voilà! The goal is to fill out as many squares as you can, thus diversifying your reading a bit more. I think this is a super fun challenge and a great way to diversify your reading! 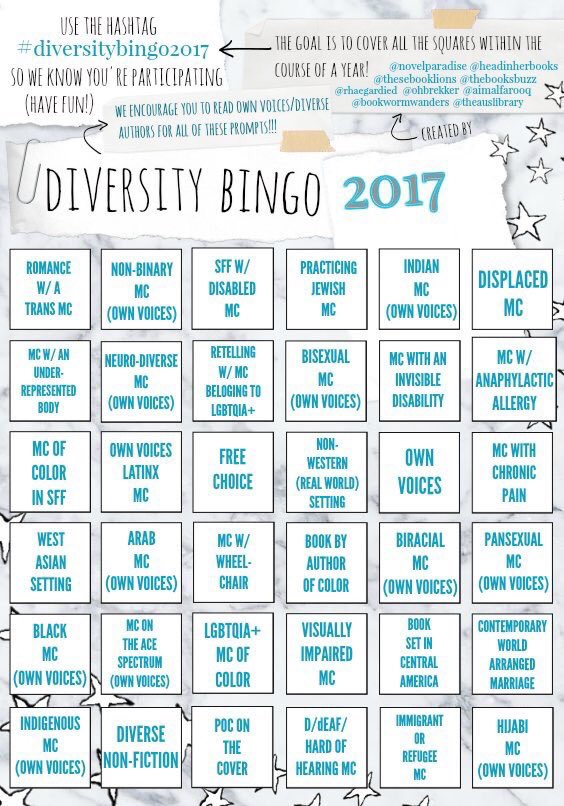 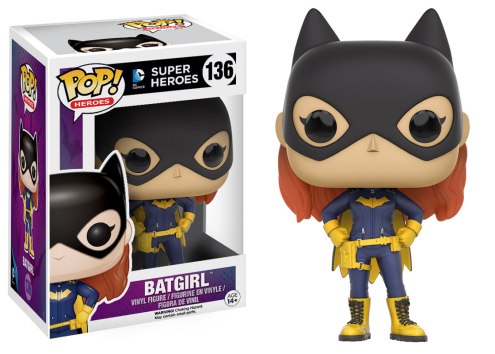 So I caved and gave in to the whole Pop Funko obsession thing. Up until now, I wasn’t really into the craze, but then I saw the figurines for Batgirl, Ms. Marvel, and Queenie (from Fantastic Beasts And Where to Find Them) and I heard they were making figurines for The 100 and I lost it. Now I’m obsessed and my wallet is preparing for some serious damage.

For this week’s dose of giggles, I present to you not one, but TWO(!), side-busting-ly  hilarious tweets!

First up is author Heidi Heilig’s tweet on her newest WIP (“work in progress”)–a.k.a. the novel that every woman has always wanted to read:

My next time travel book–a girl who goes back to tell that one guy those three words she always regretted not saying: “You’re an asshole.”

TRUMP, when will you understand that I am not paying for that fucken wall. Be clear with US tax payers. They will pay for it.