TRIGGER WARNINGS: N/A (PLEASE NOTE: Although I have not currently ascertained the need for any trigger warnigs when it comes to this title, please inform me if  have missed something and I will update this section)

Goodreads Summary: In the kingdom of Sempera, time is currency—extracted from blood, bound to iron, and consumed to add time to one’s own lifespan. The rich aristocracy, like the Gerlings, tax the poor to the hilt, extending their own lives by centuries.

No one resents the Gerlings more than Jules Ember. A decade ago, she and her father were servants at Everless, the Gerlings’ palatial estate, until a fateful accident forced them to flee in the dead of night. When Jules discovers that her father is dying, she knows that she must return to Everless to earn more time for him before she loses him forever.

But going back to Everless brings more danger—and temptation—than Jules could have ever imagined. Soon she’s caught in a tangle of violent secrets and finds her heart torn between two people she thought she’d never see again. Her decisions have the power to change her fate—and the fate of time itself. 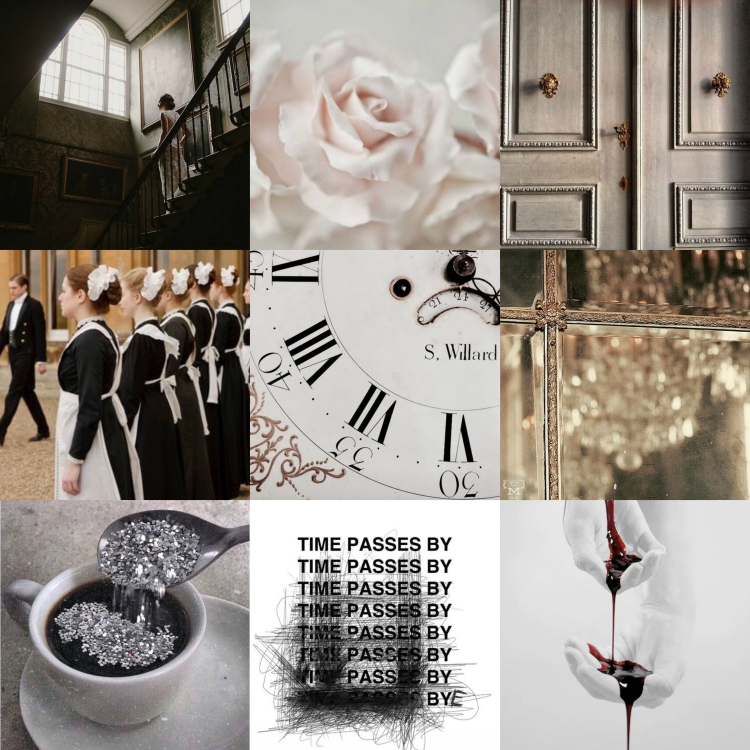 For more of my original bookish edits, please check out my Tumblr, Inspired by Books!

I must admit that I am pleasantly surprised at how much I enjoyed Everless by Sara Holland considering I did’t go in with many expectations. Then again, perhaps not having expectations is truly the key to happiness. But that’s a tangent. The point is that Everless was a surprisingly good book! I will admit, that Everless, while incredibly unique in its world, is not terribly original plot-wise or character-wise. But I’ll be darned if it wasn’t a great time anyway!

Let me start by saying that Holland’s writing is very beautiful in terms of style. Her words immediately draw you in from the first sentences:

Most people find the forest frightening, believing the old tales of fairies who will freeze the time in your blood, or witches who can spill your years out over the snow with only a whisper. Even the spirit of the Alchemist himself is said to wander these
woods, trapping whole eternities in a breath.

Do you see what I mean? Her words have that strange, bedtime fairytale cadence that just lures you in and makes you lose yourself in the story that she’s spinning. And she manages to keep it up the entire book! I would be lying if I didn’t credit her writing style as at least half of the reason I was so enchanted by Everless.

And the world that Holland builds! The world of Everless is so lush and rich! Throughout the book, we learn snippets of folklore here and there which not only tell us the history of the world, but which also serve as a creative way for Holland to convey to us exactly how the magic system works. Everless is–dare I say it?–one of the few recent YA fantasies that I’ve read where the magic system is solidly built, well explained, and logical within the boundaries of the world. The whole thing was magical, in more ways than one!

Okay, so I’ve gushed a lot, but that doesn’t negate the issues that I took with Everless.

First off, the characters, though endearing, were not very unique. Jules (the main character) was your typical YA heroine, Roan the typical “golden boy,” and Liam the typical brooding boy (very reminiscent of Mr. Darcy). Did I like the characters? Yes. But were they anything out of the ordinary or particularly memorable? No. And the other character issue I had was that we were introduced to so many side characters, but none of them really played a significant role in helping to develop the plot and/or Jules. I wish we had gotten to know them more because I think it would have enhanced the story quite a bit.

Second off, while it was incredibly fun, it’s not hard to see how cliché and predictable Everless‘s plot was. Quite frankly, the majority of the book read like a fluffy, half disguised analog of Victoria Aveyard’s Red Queen. I predicted one of the major plot twists” and as for the other big “plot twist,” I wasn’t too far off center with my prediction. If you’ve read a lot of YA fantasy then I’d be willing to wager that Everless won’t be too difficult for you to figure out. BUT! That being said, the ending of Everless does give me hope in that Holland opened the doors for the story to go in a pretty unique direction. So I’m kinda willing to give the less-than-stellar plot a bit of a pass.

All in all, Everless wasn’t too original in every aspect, but was still a wildly fun read. And honestly? I’m willing to give stars out for being fun and entertaining, in this case! Everless gets a four out of five stars from me and I’ll be looking forward to the sequel!

Have you read Everless? If so, what did you think of it? If not, are you interested in reading Everless?