Hello, friends! How are you? What have y’all been up to? I’ve just come back from my journey around the world wide web, lol! And I’ve brought back with me many new obsessions to share with you! So let’s dive right in! 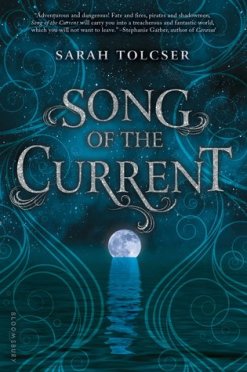 I began the eARC of Song of the Current by Sarah Tolcser and am making my way through it at a painfully slow pace because #thatchronicfatiguelife, ya know? Anyhow, I’m really enjoying it so far! I tweeted Tolscer to ask and she confirmed the Caro, the main character, is mixed race (Black/White) and Tolscer imagines Sabina Karlsson as Caro. This made me totally squeal because asdfghjklzxcvbnmpoiuytrewq Caro is like me and looks like me!!! So if that don’t show y’all that representation matters, then i don’t know what will!

It’s been literal years since I last listened to Fall Out Boy, but I broke that streak the other day, when I discovered their song “Where Did The Party Go.” It’s your typical Fall Out Boy pop rock song that you can’t help but want to dance to. On a sidenote: as a classical singer, I must say that Fall Out Boy’s lead singer has a really good voice and A+ diction! Anyhoo, it’s a great, fun song that’ll have you singing and dancing along! 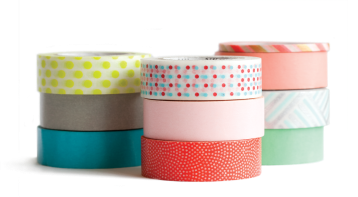 So, as y’all know, I’ve taken to journaling of late. It was during this new venture that I discovered a new obsession: washi tape. It’s colorful and fun and you can use it in collages or to spice up a plain page! It makes a great addition to my journal! I discovered washi tape because it was already quite popular in the journaling and bullet journaling community, and now I can totally see why. I ordered three rolls the other day and I swear I have to stop myself from sticking it all over everything in my vicinity, haha!

Alas, dear friends! I could find no news this week! So I’m turning it over to y’all–what’s one piece of recent bookish news that you’re excited about?

Guys, I messed up. I meant to share my good friend Fadwa’s (at Word Wonders) post last week and I accidentally just shared the link. So I’m trying to make up for it ad sharing it now. Fadwa wrote a really great post on whether or not characters need to be relatable in order for a book to be enjoyable. In typical Fadwa style, the post made many great, thoughtful points. Go check it out!

Laughter Makes The World Go Round